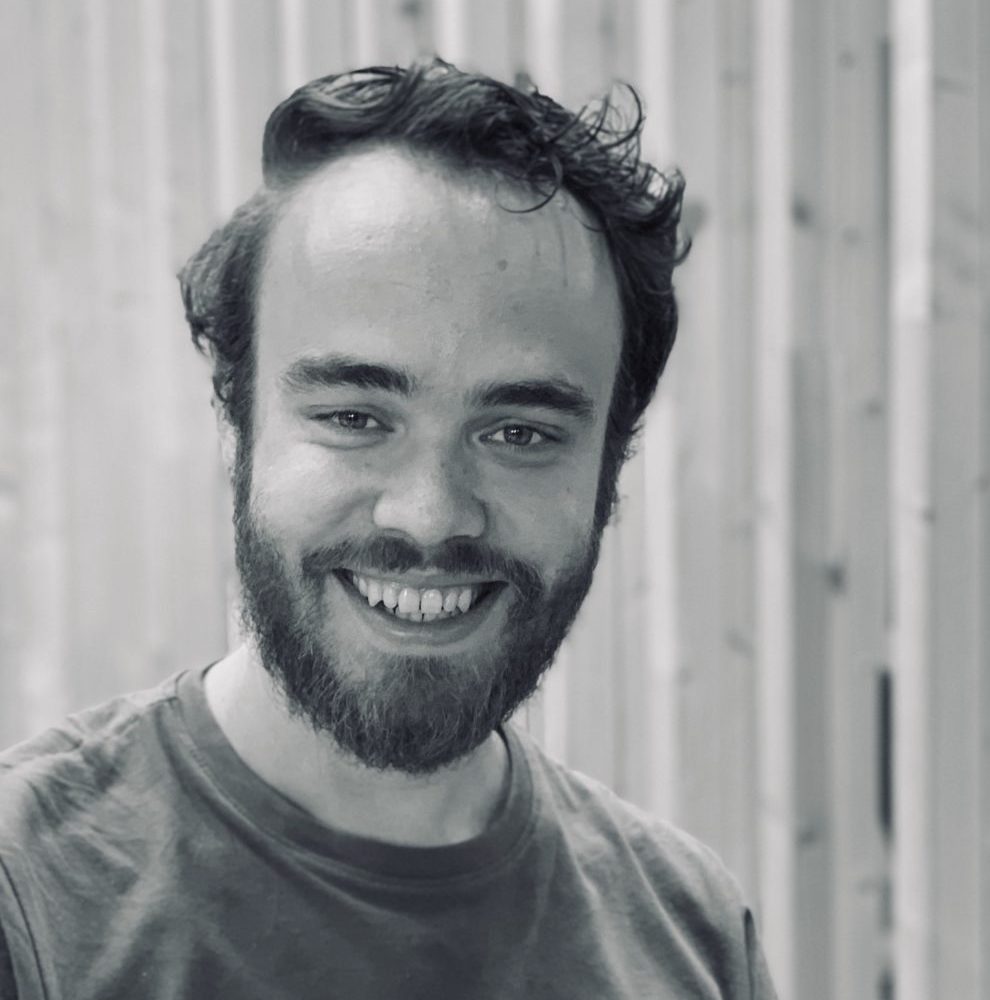 Recently, we worked together with author Rob Fitzpatrick to translate The Mom Test into Dutch. It’s one of the first books that we recommend to anyone that is involved with (corporate) startups or innovation. At the time of writing this, Rob’s book is more than 6 years old. You’ll find that plenty of books on startups become partially outdated after such a period. Yet, The Mom Test seems just as relevant as it was on its day of release. That begs the question: what makes The Mom Test so genius that everyone who is involved with startups should read it?

Simply put: customer interviews are key in developing new innovations, and The Mom Test is the most accessible and comprehensive book on that subject in our opinion. In times of quickly advancing technology, global pandemics, climate change among many other changes, the behaviours, needs and problems of customers are quickly changing too. In order for us to comprehend how we can solve those newly arising problems, we’re going to have to talk to customers and we’re going to need to be effective at it. Talking to customers is scary: if you don’t know what you’re doing, chances are that you’re going to mess up which can negatively impact your learning, or the future of your company as a whole.

Fortunately, The Mom Test provides you with so many relatable examples, do’s and don’ts and tools that it’s incredible that Rob managed to fit it all together in just one book as neatly as he did. Even after translating the book and reviewing the translation three times, I still find myself finding small nuggets of wisdom regarding customer interviews. In essence, the book focuses on three major topics: How you should and shouldn’t talk to customers, how you should find and approach the right customers to talk to, and how you should structure your interviews in such a way that you learn effectively. Many books have been written on these topics. What makes The Mom Test different is how Rob makes these topics accessible to read for newcomers and still interesting enough for more experienced readers.

In the first part of the book, Rob discusses The Mom Test (not to be confused with the title of the book). The idea behind Rob’s Mom Test is that you should ask questions in such a way that even your mother can’t lie to you. At first instance, your mother lying to you might seem weird, but consider this: if you were to ask your mother if the idea for your company would be a good idea, she would say yes. Even if she doesn’t think your business is a good idea. That’s because she loves you and doesn’t want to hurt you. Rob states very early in the book that The Mom Test doesn’t just apply to your mother, but to everyone that you talk to. Asking bad questions will lead to bad answers where everyone will lie to you at least a little. Or as Rob puts it: “It’s not their responsibility to tell you the truth, it’s your responsibility to find it”.

The concept of The Mom Test is great and all, but it doesn’t make us better interviewers on its own. Fortunately, that’s where Rob’s examples come in. Many of them are based on his own experiences as an entrepreneur, or in coaching other entrepreneurs. Some of them are so humorous or relatable that I found myself verbally laughing at multiple instances while translating the book.

Perhaps the proof is in the pudding. Below, we’ve provided you with the first example of a conversation that Rob provides in the book. In this scenario, a son is about to discuss his business idea with his mother. Even though it’s a bit silly, I can imagine that plenty of young entrepreneurs have actually been in such a conversation. What’s great about this example, is that it doesn’t just show the ridiculousness of asking the wrong questions, but that it shows us, very early on, some of the general pitfalls that we can walk into during customer interviews.

Son: “Mom, mom, I have an idea for a business — can I run it by you?” I am about to expose my ego — please don’t hurt my feelings.

Mom: “Of course, dear.” You are my only son and I am ready to lie to protect you.

Son: “Okay, so would you ever buy an app which was like a cookbook for your iPad?” I am optimistically asking a hypothetical question and you know what I want you to say.

Mom: “Hmmm.” As if I need another cookbook at my age.

Son: “And it only costs $40 — that’s cheaper than those hardcovers on your shelf.” I’m going to skip that lukewarm signal and tell you more about my great idea.

Son: “And you can share recipes with your friends, and there’s an iPhone app which is your shopping list. And videos of that celebrity chef you love.” Please just say “yes.” I will not leave you alone until you do.

Mom: “Oh, well yes honey, that sounds amazing. And you’re right, $40 is a good deal. Will it have pictures of the recipes?” I have rationalised the price outside of a real purchase decision, made a non-committal compliment, and offered a feature request to appear engaged.

Son: “Yes, definitely. Thanks mom — love you!” I have completely mis-interpreted this conversation and taken it as validation.

Mom: “Won’t you have some lasagna?” I am concerned that you won’t be able to afford food soon. Please eat something.

“Our misguided entrepreneur has a few more conversations like this, becomes increasingly convinced he’s right, quits his job, and sinks his savings into the app. Then he wonders why nobody (even his mom) buys it, especially since he had been so rigorous.”

Personally, I love the side notes that are placed next to every sentence. It provides us insight into how those involved in a conversation consider and (mis)interpret information. Generally, Rob would discuss what’s wrong with the conversation and/or provide us with an example of how it can be fixed. In this case, he provides us the following example of a fixed conversation:

Son: “What do you usually do on it?” Whoops — we asked a generic question, so the answer to this probably won’t be terribly valuable.

Mom: “Oh, you know. Read the news, play sudoku, catch up with my friends. The usual.”

Son: “What’s the last thing you did on it?” Get specific about examples in the past to get real, concrete data.

Mom: “You know your father and I are planning that trip? I was figuring out where we could stay.” She uses it for both entertainment and utility, which didn’t come up during the “usually” answer.

Son: “Did you use an app for that?” A slightly leading question, but sometimes we need to nudge to get to the topic we’re interested in.

Mom: “No, I just used Google. I didn’t know there was an app. What’s it called?” Younger folks use the App Store as a search engine, whereas your mom waits for a specific recommendation. If that’s true more broadly, finding a reliable marketing channel outside the App Store is going to be crucial.

Son: “How did you find out about the other apps you have?” Dig into interesting and unexpected answers to understand the behaviours and motivations behind them.

Mom: “The Sunday paper has a section on the apps of the week.” You can’t remember the last time you opened a paper, but it sounds like traditional PR might be a viable option for reaching customers like mom.

Son: “Makes sense. Hey, by the way, I saw a couple new cookbooks on the shelf — where did those come from?” Business ideas usually have several failure points. Here it’s both the medium of an iPad app and the content of a cookbook.

Mom: “They’re one of those things you just end up getting at Christmas. I think Marcy gave me that one. Haven’t even opened it. As if I need another lasagna recipe at my age!” Aha! This answer is golden for 3 reasons: 1. Old people don’t need another generic set of recipes. 2. The gift market may be strong . 3. Younger cooks may be a better customer segment since they don’t yet know the basics.

Son: “What’s the last cookbook you did buy for yourself?” Attack generic answers like “I don’t buy cookbooks” by asking for specific examples.

Mom: “Now that you mention it, I bought a vegan cookbook about 3 months ago. Your father is trying to eat healthier and thought my veggies could benefit from a pinch more zazz.” More gold: experienced chefs may still buy specialised or niche cookbooks.

“The conversation continues. If it’s going well, I would raise the topics of whether she has ever looked for recipes on the iPad or searched for cooking videos on YouTube.”

As you can see, the simplicity of the conversations and the contrast between them, offers us an easy way to learn to recognize what can go wrong in customer interviews, and how those mistakes can be prevented. After this, the book goes into much more detail on the many pitfalls of talking to customers (as you’ve seen some in the examples above) and how to fix them. In doing so, The Mom Test provides us with more than a dozen of these conversations (but the rest of them are between startup founders and customers).

These example conversations are one of the many things that still make The Mom Test one of the best books to read on customer interviews. For newcomers, they are concrete and simple enough to understand and to learn from. For more experienced founders, the conversations are so relatable that you’re going to be able to immediately recognize and reflect on mistakes that you’ve made in past conversations.

And with that, we’ve only told you why we think The Mom Test is a great book by discussing the first part of the book. There is so much more to write about other great contents of the book and customer interviews in general. But we’ll leave that for next time as this blog is getting quite extensive already. If you’re interested in some of the pitfalls that are involved in the above examples, have a look at our blog on customer interviews. If you’re interested in getting the book, you can buy the English version here, or the Dutch version here.

We built GroundControl to execute the ideas in this article. It puts our way of working, portfolio management, and innovation accounting in one place where innovation managers and corporate startups work seamlessly together. See How GroundControl Works. 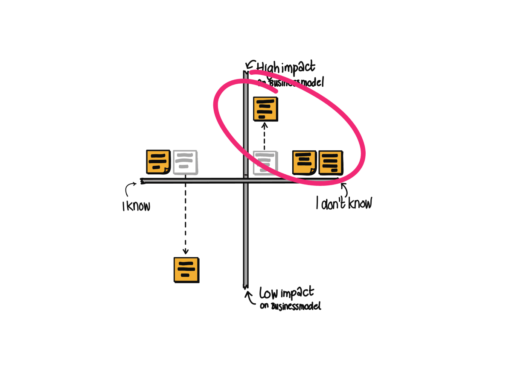 How to turn your risky assumptions into Experiments

Once you have filled in your NEXT Canvas, you are stuck with a pile of stickies filled with assumptions. Do they all need to be 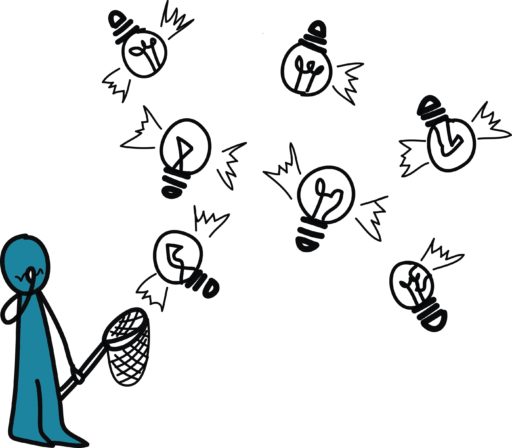 Why we stopped building MVP’s

At NEXT we decided to drop the word MVP and use solution experiment, prototype, or first version instead.

How to apply Agile to validate business models: the Lean Sprint

Most startups are familiar with agile development sprints of 1 or 2 weeks. They try to plan work that ‘belongs’ together and release a new

Are you an Innovation Manager?

We’re trying to make this website better for Innovation Managers and would love your input.

We have 5 (very short) questions to ask — would you mind answering them?