The NEXT Canvas Book

A practical guide to finding a business model that works 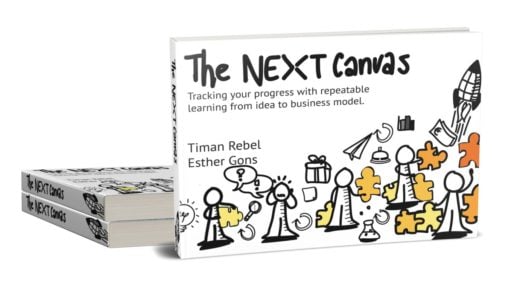 The book describes the journey of a corporate startup team from idea to scale. There are four stages every startup goes through to get to scale. At first you have to prove there is a problem, then prove your solution solves that problem, prove your customers will pay and finally prove you can scale.

The book dives further into these four stages with real-world examples and common mistakes made by actual (corporate) startups and helps the reader reach scale in a structured way. At the end of each stage there is a list of questions the corporate startup team has to be able to answer before considering going to the next stage.

The NEXT Canvas framework for testing ideas and tracking their progress, is introduced and used to visualise the journey to a profitable business model.

The NEXT Canvas framework is the result of Timan and Esther working with hundreds of startups and corporates in the last ten years. The framework is tested at several accelerators, like Rockstart Accelerator and NEXT Amsterdam, as well as with several corporate innovation labs. It is the foundation and secret sauce NEXT Amsterdam uses to build innovation studios for large corporates. It’s not a theoretical concept, but a battle-tested product-lifecycle framework Timan and Esther use to test ideas and track the progress to a working and profitable business model.

This book is written for

The publication of the Lean Startup created a global movement that is interested in startup methods and tools. As this movement has grown, management in medium sized and large established companies have wondered how these methods could be applied in their context. Innovation has become strategically important, with the vast majority of established companies feeling pressure to innovate.

The Corporate Startup showed these managers a way to both search for new business models and still execute on proven models at the same time.

9 out of 10 managers we talk to ask for help to apply Lean Startup thinking to their innovation labs in a structured and measurable way, to test their innovation ideas and track the progress towards a profitable business models. The NEXT Canvas book helps them achieve that goal by providing a structured way of iterating from an idea to a working business model and tracking the progress of that journey. 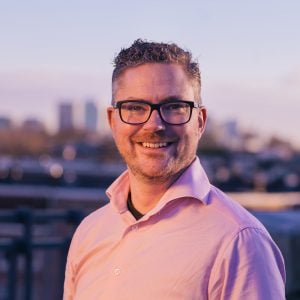 Timan Rebel has over 15 years of experience as an entrepreneur and was the founder & CEO of the predecessor of Hyves, SB/SD, the largest social network in The Netherlands for youngsters at that time with over 1 million users. Timan sold SB/SD to Telegraaf Media Group in 2007.

Timan later co-founded a company called Snowciety, the media blog Fast Moving Targets, and coached several ventures ofThe Next Web as its Entrepreneur in Residence. He was also closely involved with the start of the Lean Startup movement in Netherlands, being a founding mentor to Lean Startup Machine, Evolv and several other events such as LeanCamp in the period 2011-2015.

When Rockstart got started in 2011, the founders Rune and Don asked him and Esther Gons to organise several workshops around Lean Startup, startup analytics and work on further improving and developing Rockstart Accelerator’s curriculum. He consequently became a lead mentor and coach in several of Rockstart’s accelerator programmes (Web&Mobile, Smart Energy).

Together with Esther Gons, he is also an investor in several startups such as Cocoon, Studycredits and Butleroy where he invests with cash and access to his custom made 2-year accelerator program for startups.

Esther is the author of The Corporate Startup; How established companies can develop successful innovation ecosystems. Winner of the 2019 Golden Axiom Business Book Award and the 2018 Management Book Of The Year Award. Published worldwide and translated in Dutch, Indonesian and Japanese.

Esther is currently working together with Dan Toma on her new book on Innovation Accounting. This new book provides a practical guide for measuring your company’s innovation ecosystem.
Subscribe for updates at http://innovationaccountingbook.com/ 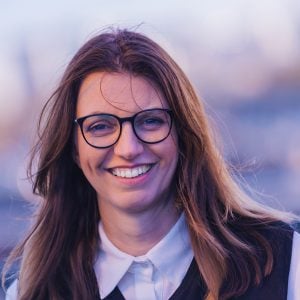